Detection of chromium-6 in heated lubricants on stainless steel

24/05/2020
MATinspired
Chromium-6-news, News
Comments Off on Detection of chromium-6 in heated lubricants on stainless steel

Chromium-6 compounds, or ‘chromium-6’ in short, are harmful to health. The main use of
these compounds is in anticorrosion paints, but they also occur in other applications as we
will see below. Detection of these compounds in a simple way is important to prevent the risk
of exposure to chromium-6.
In our laboratory, we carried out a study of heated anti-seize pastes on stainless steel (SS).
The toxic chromate formed as a result of these heated anti-seize pastes was easily and
clearly detected using the MATinspired® TK11® Chromium-6 Detection Test Kit. Mechanics
or quality engineers can easily perform this test themselves by rubbing an acid moistened
test swab over the metal surface. A red/purple discolouration of the test rod indicates the
presence of chromium-6, and the test swab remaining orange indicates that no chromium-6
is present.

What are anti-seize pastes?

Anti-seize pastes are lubricants used against the seizing of, among other things, steel bolts,
nuts and other threaded connections. This makes these joints easy to disassemble. Some
anti-seize pastes are temperature resistant – often above 1000°C – and also prevent the
joints from seizing after they were heated at high temperatures. These anti-seize pastes are
often used in gas turbines and wind turbines, among other applications. These lubricants
often contain calcium compounds such as calcium hydroxide. The problem with these
lubricants is that during heating, chromium from the stainless steel is converted into
chromates. Chromates contain hexavalent chromium, and are therefore highly toxic, and
pose a health risk when used.

In our laboratory we coated stainless steel 304 and 316 pieces with a thin layer of anti-seize
paste containing calcium, and then we heated them in an oven at 900°C for 1 hour. During
this time period, the lubricant was able to react with chromium from the stainless steel, as
happens in practice with heated machine parts. Afterwards, the surface of the metal has a
slightly yellowish colour (see Figures 1 and 2) corresponding to the colour of calcium
chromate (CaCrO 4 ). When subsequently tested using the TK11® test, the test swabs clearly
turn red/purple (see Figure 1 and 2), indicating that chromium-6 is present on the surface.
Using the TK11® Detection Test Kit it is therefore easy to detect chromium-6 formed in
heated lubricant on stainless steel.

As a reference, we also measured stainless steel 304 and 316 pieces which were coated
with a thin layer of anti-seize paste without heating. In this case, the TK11® test remains
orange, indicating that no chromium-6 has been formed. This was also to be expected
because the lubricant has not yet been able to react with the chromium from the metal.
Heated anti-seize paste on steel DC01 also results in the TK11® test to remain orange (no
chromium-6), because there has been no chromium present in this metal with which the anti-
seize paste could have reacted (see Figure 1). Therefore, the TK11® Detection test does not
give false positive results in the presence of materials that do not contain chromium-6. As a
reference we also measured stainless steel 304 and 316 pieces which we heated for 1 hour
in an oven at 900°C without the anti-seize paste. These blank tests show no yellowish 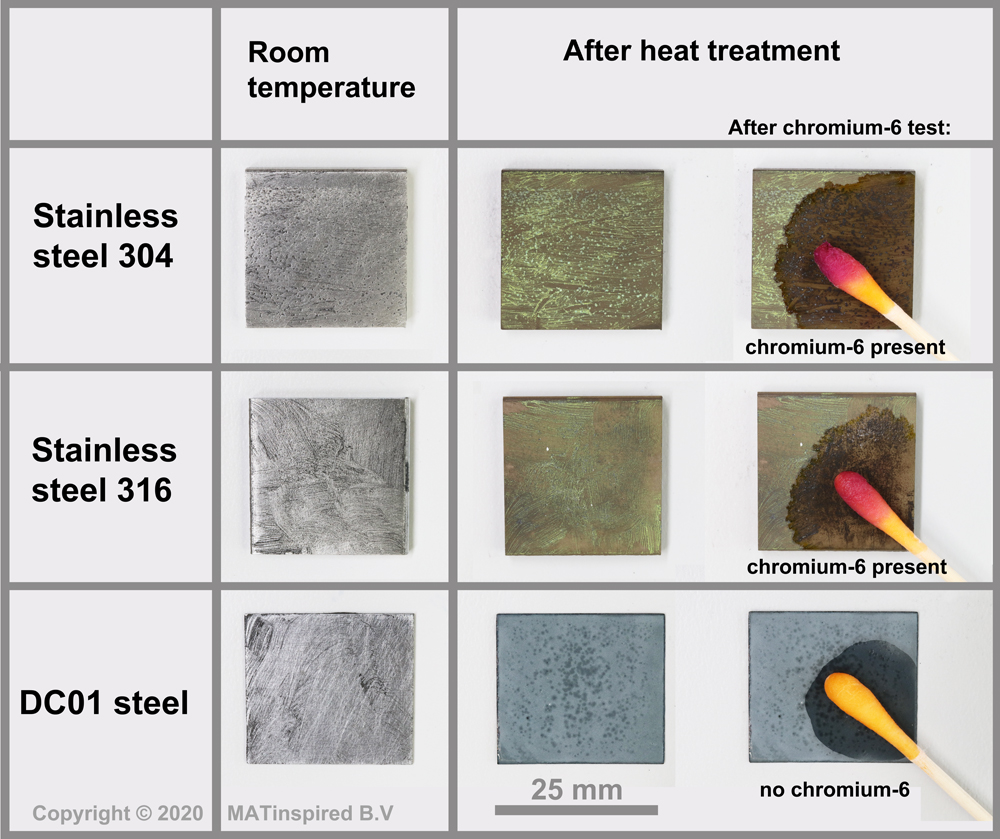 Figure 1: Examples of pieces of steel (with a thin layer of anti-seize paste) after heat
treatment, and the results of the TK11® Chromium-6 Detection Test. 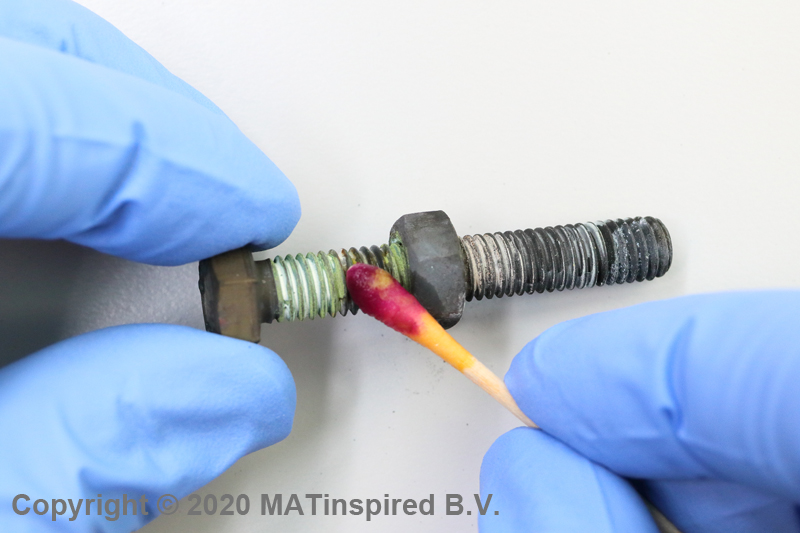